It was the middle of the night. It was the end of our pregnancy, just a week earlier than the midwives had predicted. I’d made every part of you from scratch, held you in my body for months. Waited for you for years.

And then, in the middle of the night, at 1 am on Wednesday morning, it was finally time. You woke me up to go to the bathroom. Even though it happened every night, this time felt different. I sat quietly. Listened for intuition. Whispered out loud, “Hey, my love. Is it now?”

As a birth doula, I knew what to do if I was, in fact, in labor: go back to sleep. So, I did. Thirty minutes later, I felt a small gush of fluid. My water had broken. Now I knew for sure.

Like a bear, your papa was sleeping soundly next to me. I slid out of bed and went upstairs to our large bathroom, the one next to your room. I called our midwives. They reminded me that, because you were breech, I would need to come to the hospital now.

It wasn’t what I wanted. In my mind, we would labor at home, you and me. In your nursery, the sacred sanctuary I’d designed for you in cream and gray and gold, with your tiny shoes on the shelves. “We should be here,” I thought. Early labor at home was my ideal start to the day I’d dreamed of for so long.

But our day would have to begin differently, because you were breech. You’d been head down for our whole pregnancy, and you turned just a few weeks before birth. It was after I’d had an argument with your papa. I don’t remember what it was about now, of course, but at the time, it was so painful, so sharp. And just like that, woop! I felt you flip inside of me, nestling in safe and sound, as if to say “well, I am definitely not coming out now.”

For the weeks that followed, I tried to get you to turn around again. Everything I’d taught my own clients to do, we did. We inverted daily, went to acupuncture, did moxibustion. I played loud music by your head, shone bright light on the lowest part of my belly. I prayed, and prayed, and prayed. I cried. I talked to you, asked you what you were trying to tell me.

And when nothing worked, I surrendered to my last resort. I scheduled an external cephalic version, on October 1st, but it never happened.

This was the day that you were born.

Before you came, though, I had to get to the hospital, and I was still in the bathroom. I hung up the phone with our midwives, then took the next step. I started doing my hair.

Really. I started doing my hair. I’d already packed my hospital bag, and yours. So I took a quick shower, got dressed, and turned on the blow dryer. I hadn’t felt any contractions yet and, apparently, I was feeling pretty swell about our timeline.

It was around 2 am now. Your papa came upstairs and asked if I was okay. I said “it’s time, go get dressed.” And boy, did he. When I came downstairs 10 minutes later, ready to leave, he was ironing. He’d taken a shower, put on his suit for work. I smelled cologne. Cologne. Silly papa!

Much to my disappointment, he still had no bag packed. But he was dressed for anything (except, of course, labor), so we left immediately. He grabbed our bags, I grabbed a waterproof pad to sit on in the car, and we left.

It was so early that the roads were completely clear. I was feeling impatient, but great. We still hadn’t started having contractions. We were just breathing together, you and me. I was praying that you had turned somehow, that we’d still have the “normal, natural” birth I wanted.

Then we got to the hospital, and reality set in.

We checked in to our room. The nurses gave me a hep lock. Your nana arrived, as my doula. One of our lovely midwives greeted us and did a quick exam. She gently said that you were still in a breech position, and I would need to decide.

I had to choose: either a less common, vaginal breech delivery, or a cesarean birth.

I sat there, stunned. My mind tricks hadn’t worked! And I still didn’t know what to do! I’d been thinking about this for weeks, and couldn’t choose. I wanted the easier recovery of vaginal birth. But breech delivery was an unconventional option, a lost art. On the other hand, doctors were expert surgeons, so wasn’t cesarean birth — while harder for me — safer for you?

I thought I would know by now, but I didn’t. And here I was, finally forced to pick a path.

So, I did what I always do when I can’t make a decision. I got more information, and then I got very still.

We spoke with the doctor on call, Doctor A. He’d been an obstetrician for many years and was open to it, but not enthusiastic. Something about his approach just didn’t feel right to me.

I asked for a second option, and our midwives delivered Doctor B. He was younger, but he’d delivered many breech babies. He was confident that I was a good candidate, and in our chances of success. At the same time, we met our nurses: two outstanding, warm women who were also doulas.

I got quiet, closed my eyes. And in that moment only, my choice was clear. It was done. I finally heard the answer. We were going to try a breech vaginal delivery. And we invited everyone — midwives, nurses, students — to join us, learn, and be a part of our birth day.

As if this was your green light to go, our labor picked up immediately. Our contractions started, in full-force. They were much more intense than I predicted, and so close together. They took my breath away, and I forgot how to focus. What was my mantra? What were my tools? Your nana, my doula, did her best to help. Your papa tried, too, doing everything I asked.

But I struggled. The pain was hollow and hot. I labored on the bed, rocked, moaned, moved. Getting in the shower helped a lot. The warm water felt so good on my back; it relieved the pain almost instantly. I put my arms around your papa’s neck as each contraction came on.

I lost track of time. You and I were in another world.

After I got out of the shower, I sat on the toilet. It helped open my hips, empty my bladder and belly, and relax my pelvic muscles more so that you could move down. But I couldn’t relax. I felt like everything was out of my control.

This was my vision, and I forgot to think of anything else. I forgot my mantras. I forgot any other focus. I don’t know why, but in that moment, Mama was just scared.

It was then that I started asking for an epidural. It wasn’t my first preference, but it was what I needed in that moment to keep going. Above all, I wanted to honor that.

After I asked a few times, my midwives agreed that it was the right call. It took the anesthesiologist two tries, but the medicine worked. I could still feel our contractions, but I also felt relief. I felt calmer. I felt like we could keep going.

I finally rested between contractions, and I breathed through them when I was awake. With the epidural, I accepted external fetal monitoring and labored in bed. Your nana gave me leg and foot massage. Your papa held my hand.

Our contractions increased, and I knew we were getting close. Hours were passing. We were doing it! I closed my eyes, and I saw you coming. You were beautiful.

Soon, it felt like the right time to push. You were ready to be born, and I could feel it, literally. With the lightness of the medication, I had control of my pelvis again. We got into position.

I laid semi-reclined with your papa beside me. I tried to focus, but I was distracted with more details of things not going as I’d hoped. I didn’t want to deliver you in this position; I wanted to squat or be on my hands and knees, but there wasn’t time. I could hear my music in the background, but I didn’t want to give birth to the song that was on; it didn’t give me strength. Then, I heard our midwife: “Kelly, this is not about the song! Stop saying no. Go to the yes place.”

And in a moment of surrender, you arrived.

The crowd gathered. Four midwives, 2 OB-GYNs, several nurses, a ton of students. But I only saw you. I watched in the mirror as I pushed. Pushing, breathing, releasing. Your little bum came out! And then it went back in. Then, another push, out! Then back in. Several more pushes, and there it was — your bum, the backs of your knees. And then, your little calves! Your feet came out and your legs plopped down, followed by the rest of your perfect little body: arms, shoulders, tiny neck.

But not your head. Your head didn’t come out.

Strangely, I wasn’t worried. Not anymore. Here you were, having the birth that you wanted, that you needed to have. Beginning this human life in the most miraculous way, my true birth partner.

We’d both waited for so long to meet each other. We were ready.
Here it was, about to happen.

I breathed deeply again, the doctor gave a quick tip of your chin, and you were out.

I didn’t get to hold you immediately. They rushed you to the warmer nearby to check your vitals, and I closed my eyes and held you in my heart, in my hands, in my head. I spoke to you from across the room, I whispered to you, I sang to you. I told your papa to go be with you. And then I finally told the midwives, the doctors, to give you to me.

It didn’t last long, this first time. I held you for a few tender seconds, before you were whisked off to the NICU. The doctors were very cautious. But I wasn’t worried.

Something about our bond was so much stronger than space. I stayed connected to you the whole time.

Within an hour, I snuck into the NICU to see you, to hold you. It wasn’t easy. There were tubes, and needles, and bandages, making it impossible to hold you at first. But nothing would’ve been harder than waiting, so I put my finger in your tiny hand. I kissed the heels of your little feet, laid my head next to your body, and placed my hands over your skin. And then, I weaved my hands beneath the devices, around your miniature frame, and I held you as close to me as I could.

I held you in my hands, under my neck, next to my heart.

I sat with you here, now on the outside, in this life and in this moment.
This moment was worth everything.

Every change in my birth plan.

Every second of indecision.

Every discomfort, insecurity, and pain.

In this moment, I knew everything about me had changed, and nothing could make me more grateful. 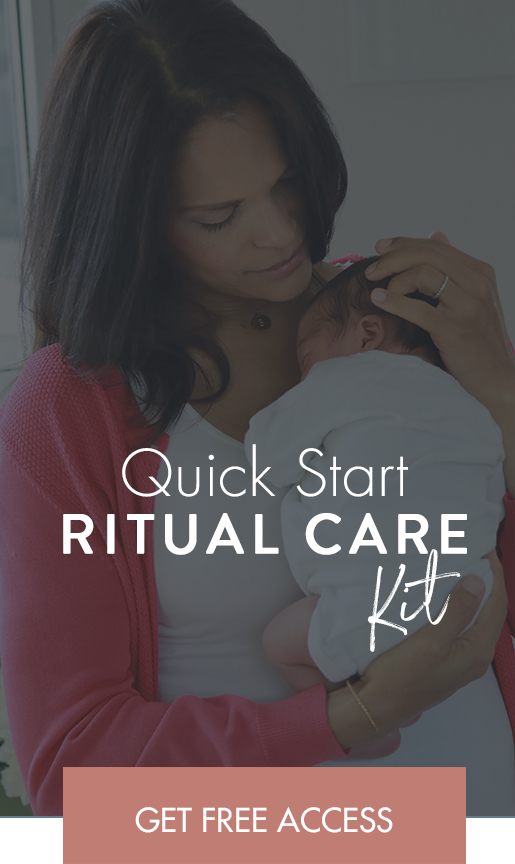 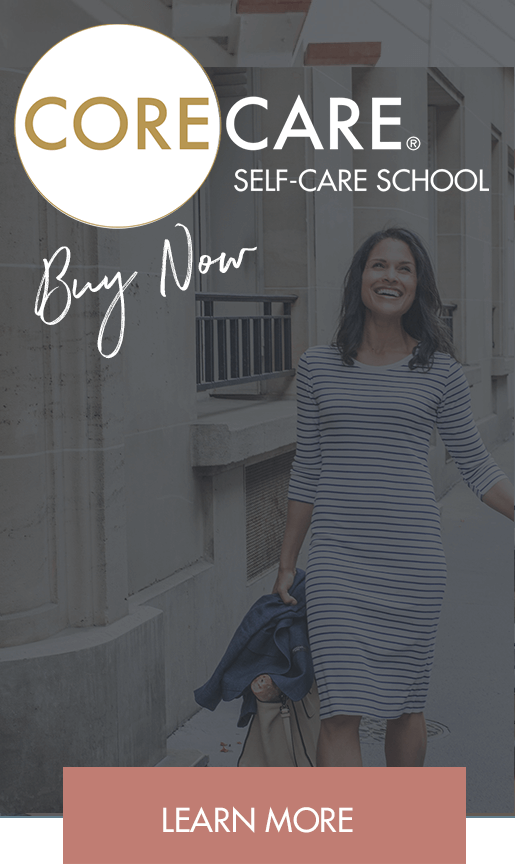 Discover the magic in those messy motherhood

Take the quiz and discover your unique Self Care Character and unlock your magic recipe for self care now.